This was one I was really looking forward to.  Matt and I definitely share a love of movies, and while our interests don’t always align, we generally find common ground (think Star Wars, Marvel movies, Lord of the Rings, etc.).  I decided this year I would introduce him to some of my favorite “old” movies.  These were movies I grew up on and can still quote to this day.  To be honest, this will probably go on the entire year and for many years to come, but I figured I’d done enough already to check this off the list.

We did not have an auspicious start, to say the least.  I figured Chuck Norris had to be at the top of the list, so when I saw Lone Wolf McQuade pop up on my Amazon list, I told him it was time for a martial arts education.  About 20 minutes into the movie, he gave me a look that spoke volumes.  He was bored and completely uninterested.  He told me it was one of the stupidest movies he’d ever seen.  It didn’t help that his Mother was egging him on.  Anyway, I cut him loose and had to quietly admit to myself that it really wasn’t as good as I remember.  It’s funny how often times, those childhood memories  just don’t line up with reality.  Ok, so that was a flop.

A few weeks later, it was on to The Last Dragon.  Another favorite martial arts movie of mine.  Man, they were GREAT in the 80s!  Everybody was kung-fu fighting!  But I digress….  This time, we found a winner.  This had just enough action, comedy and fantasy to be keep him entertained.  He really enjoyed it and if you want proof, next time you see him, just ask him “Who’s the Master?” and wait for his response!

Next up was a western.  I learned earlier this year that TCM was releasing True Grit to the big screen for the 50th anniversary.  I grabbed Dad and Matt and we went last Sunday to see it in the theater.  I was a little worried about this one, because it was “old” even when I was a kid!  And honestly, I had to almost drag the kid into the theater by his ear.  To say he was less than excited was an understatement.  I couldn’t really get a read on him, but after the movie was over, he looked at me and said “Dad, that was a really, really good movie.  I liked it a lot!  It wasn’t Avengers good, but it was really good.”  I’ll take that any day of the week.  He liked it so much, he said he wanted to see some other movies with The Duke.  Being able to share that time with him and my Dad reminds me why I’m doing this.

As he gets older, I intend on furthering his movie education.  There are so many that I want to watch again with him, and I fairly confident he’ll love some and probably hate others, but I guess that’s what makes it great.  Next up…The Goonies! 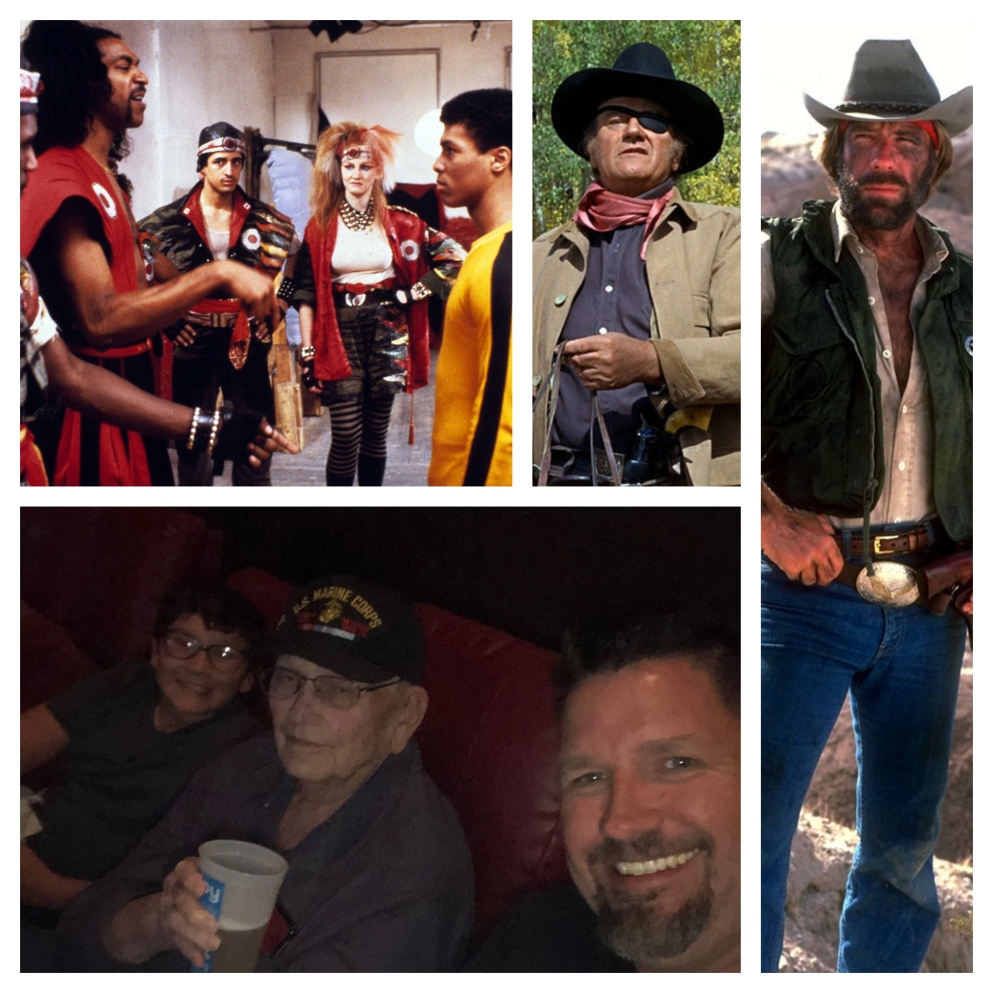 One thought on “#9 – Introduce Matt to Old Movies”